About Marilyn Monroe Quotes “Marilyn Monroe was an American actress, model and singer. Famous for playing comedic “blonde bombshell” characters, she became one of the most popular sex symbols of the 1950s and early 1960s and was emblematic of the era’s sexual revolution. Wikipedia 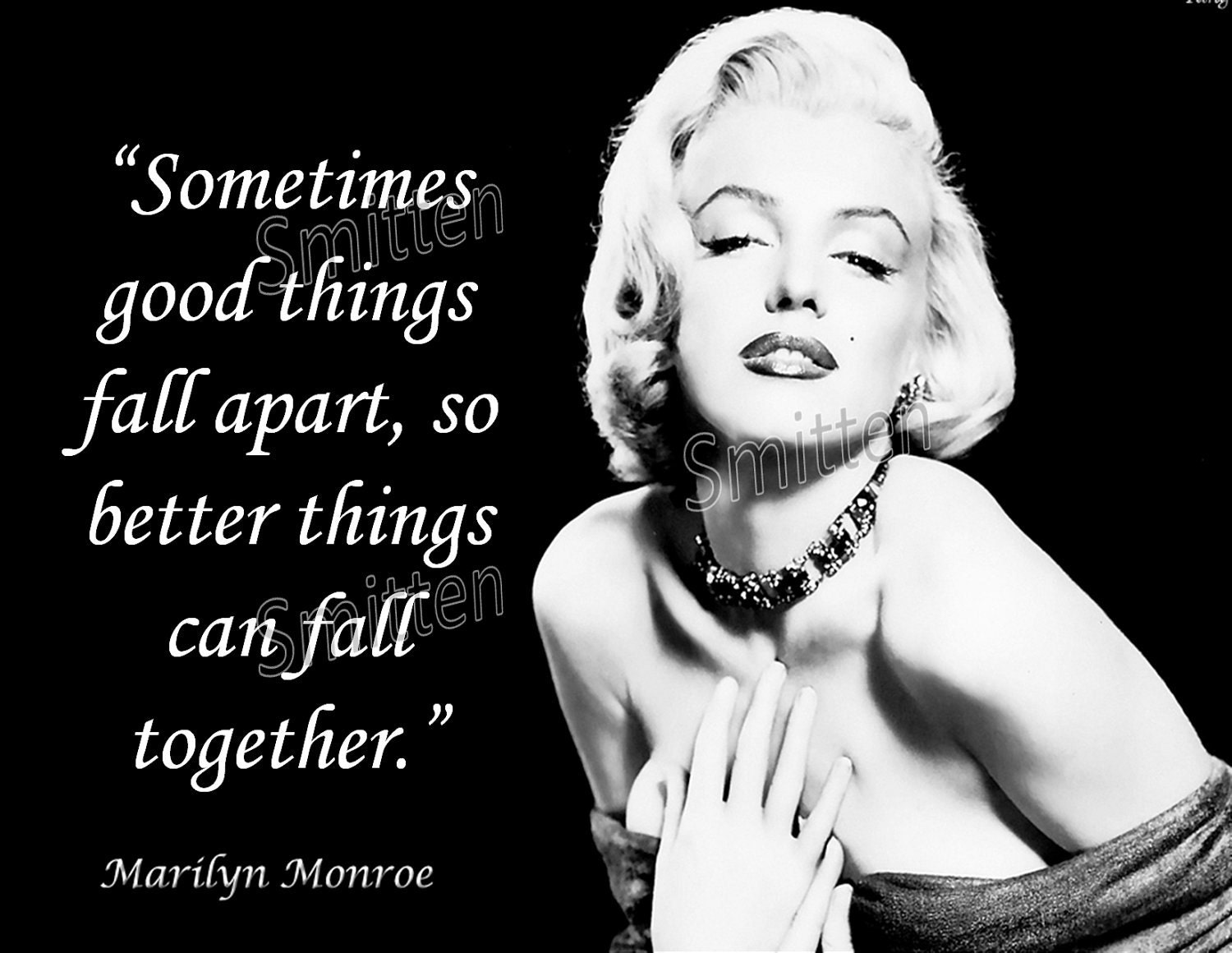 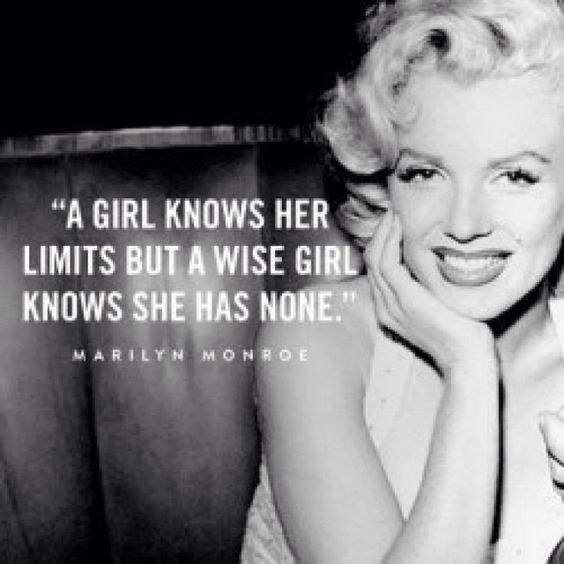 “I don’t forgive people because I’m weak, I forgive them because I am strong enough to know people make mistakes.”

“For those who are poor in happiness, each time is a first time; happiness never becomes a habit.”

I’m selfish, impatient and a little insecure. I make mistakes, I am out of control and at times hard to handle. But if you can’t handle me at my worst, then you sure as hell don’t deserve me at my best.
Marilyn Monroe

Imperfection is beauty, madness is genius and it’s better to be absolutely ridiculous than absolutely boring.
Marilyn Monroe

A wise girl kisses but doesn’t love, listens but doesn’t believe, and leaves before she is left.
Marilyn Monroe

The real lover is the man who can thrill you by kissing your forehead or smiling into your eyes or just staring into space.
Marilyn Monroe

I am good, but not an angel. I do sin, but I am not the devil. I am just a small girl in a big world trying to find someone to love.
Marilyn Monroe

If you’re gonna be two-faced at least make one of them pretty.
Marilyn Monroe

It’s far better to be unhappy alone than unhappy with someone — so far.
Marilyn Monroe

When it comes down to it, I let them think what they want. If they care enough to bother with what I do, then I’m already better than them.
Marilyn Monroe

We should all start to live before we get too old. Fear is stupid. So are regrets.
Marilyn Monroe

She was a girl who knew how to be happy even when she was sad. And that’s important—you know
Marilyn Monroe

All little girls should be told they are pretty, even if they aren’t.
Marilyn Monroe

It’s not true that I had nothing on. I had the radio on.
Marilyn Monroe

Beneath the makeup and behind the smile I am just a girl who wishes for the world.
Marilyn Monroe

I don’t mind living in a man’s world, as long as I can be a woman in it.
Marilyn Monroe

The nicest thing for me is sleep, then at least I can dream.
Marilyn Monroe

Who said nights were for sleep?
Marilyn Monroe

You believe lies so you eventually learn to trust no one but yourself.
Marilyn Monroe

All we demanded was our right to twinkle.
Marilyn Monroe

It’s often just enough to be with someone. I don’t need to touch them. Not even talk. A feeling passes between you both. You’re not alone.
Marilyn Monroe

If I’d observed all the rules I’d never have got anywhere.
Marilyn Monroe

Success makes so many people hate you. I wish it wasn’t that way. It would be wonderful to enjoy success without seeing envy in the eyes of those around you.
Marilyn Monroe

“Always remember to smile and look up at what you got in life.”

“A wise girl knows her limits, a smart girl knows that she has none.”

“Just because you fail once doesn’t mean you’re gonna fail at everything.”

“That’s the way you feel when you’re beaten inside. You don’t feel angry at those who’ve beaten you. You just feel ashamed.”

If you’re enjoying these quotes, make sure to read our collection ofMaria Felix quotes.

“Boys think girls are like books, If the cover doesn’t catch their eye they won’t bother to read what’s inside.”

“A strong man doesn’t have to be dominant toward a woman. He doesn’t match his strength against a woman weak with love for him. He matches it against the world.”

“When you’re young and healthy you can plan on Monday to commit suicide, and by Wednesday you’re laughing again.”

“Dreaming about being an actress, is more exciting then being one.”

“You believe lies so you eventually learn to trust no one but yourself.”

Thanks for Top 80 Marilyn Monroe Quotes