About Benjamin Disraeli Quotes “Benjamin Disraeli, 1st Earl of Beaconsfield KG PC FRS was a British statesman and Conservative politician who twice served as Prime Minister of the United Kingdom. He played a central role in the creation of the modern Conservative Party, defining its policies and its broad outreach. Wikipedia 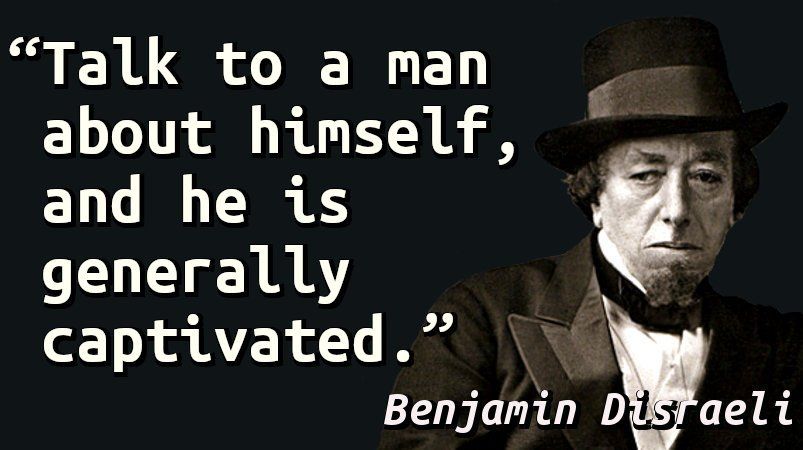 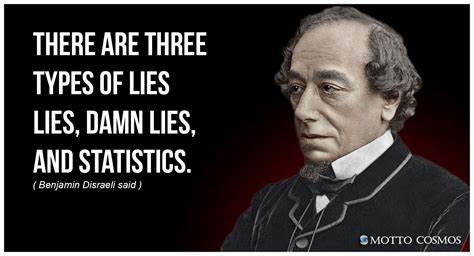 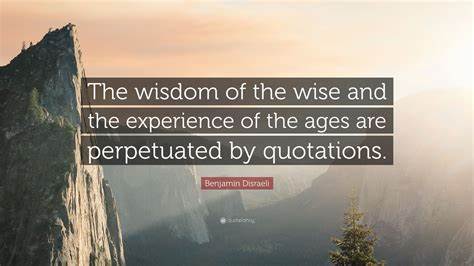 “Action may not always bring happiness; but there is no happiness without action.”
— Benjamin Disraeli

“One secret of success in life is for a man to be ready for his opportunity when it comes.”
— Benjamin Disraeli

“Nurture your mind with great thoughts, for you will never go any higher than you think.”
— Benjamin Disraeli

“The greatest good you can do for another is not just to share your riches but to reveal to him his own.”
— Benjamin Disraeli

“Nothing in life is more remarkable than the unnecessary anxiety which we endure, and generally create ourselves.”
— Benjamin Disraeli

“Yes, I am a Jew, and when the ancestors of the right honorable gentleman were brutal savages in an unknown island, mine were priests in the temple of Solomon.”
— Benjamin Disraeli

“The health of the people is really the foundation upon which all their happiness and all their powers as a state depend.”
— Benjamin Disraeli

There are three kinds of lies: Lies, Damn Lies, and Statistics.

I have always thought that every woman should marry, and no man.

The secret of success in life is for a man to be ready for his opportunity when it comes.

Never take anything for granted.

What we anticipate seldom occurs; what we least expected generally happens.

Nurture your mind with great thoughts, for you will never go any higher than you think.

Seeing much, suffering much, and studying much, are the three pillars of learning.

Time is precious, but truth is more precious than time.

In a progressive country, change is constant… change is inevitable.

Action may not always bring happiness; but there is no happiness without action.

He was one of those men who think that the world can be saved by writing a pamphlet.

I am prepared for the worst, but hope for the best.

The best way to become acquainted with a subject is to write about it.

To govern men, you must either excel them in their accomplishments, or despise them.

Real politics are the possession and distribution of power.

As a general rule the most successful man in life is the man who has the best information.

A great thing is a great book; but a greater thing than all is the talk of a great man.

Life is too short to be little. Man is never so manly as when he feels deeply, acts boldly, and expresses himself with frankness and with fervor.

The magic of first love is our ignorance that it can ever end.

My idea of an agreeable person is a person who agrees with me.

At present the peace of the world has been preserved, not by statesmen, but by capitalists.

Nurture your minds with great thoughts. To believe in the heroic makes heroes.

Read no history: nothing but biography, for that is life without theory.

The most dangerous strategy is to jump a chasm in two leaps.

Patience is a necessary ingredient of genius.

Yes, I am a Jew, and when the ancestors of the right honorable gentleman were brutal savages in an unknown island, mine were priests in the temple of Solomon.

Madam, I am the blank page between the Old Testament and the New.

When I want to read a novel, I write one.

“Courage is fire, and bullying is smoke.”
— Benjamin Disraeli

“How much easier it is to be critical than to be correct.”
— Benjamin Disraeli

“The legacy of heroes is the memory of a great name and the inheritance of a great example.”
— Benjamin Disraeli

“Nurture your minds with great thoughts. To believe in the heroic makes heroes.”
— Benjamin Disraeli

“What we anticipate seldom occurs: but what we least expect generally happens.”
— Benjamin Disraeli

“Perseverance and tact are the two great qualities most valuable for all those who would climb, but especially for those who have to step out of the crowd.”
— Benjamin Disraeli

“Romance has been elegantly defined as the offspring of fiction and love.”
— Benjamin Disraeli

Thanks for read 80 Most Famous Benjamin Disraeli Quotes

50 Most Famous B F Skinner Quotes